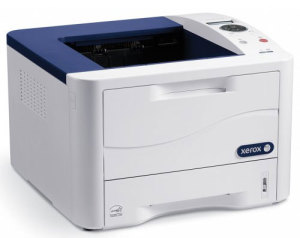 Almost each service center faced the problem “invalid print cartridge” in cartridges for Phaser 3320. The problem definitely lies in the chip. Solution seems really easy – we just need to replace the chip. But the same chips perfectly work in other printers.

In fact the problem lies in the region of the device. The region of the device has to coincide with the region specified in the chip. Until now we had only two possible solutions of this issue. The first thing that comes to mind is to keep in stock chips for different regions. But as it often happens the client has two same printers in the office with various regions. Not every client is able to remember which cartridge to insert in which printer. Moreover, it’s quite expensive to keep in stock lots of chips with various regions. The second way to avoid the problem is to reflash the device. First of all, not all the organization agree to have their devices reflashed. In such cases I often here “it’s not an option”. Also, sometimes it happens that there is no firmware for the current version of printer software. Luckily new solution is found!

In order to solve the problem with chips, company ApexMIC released a version with universal region. Traditionally, the chips for Xerox printers of the latest generation are made on the basis of productive microcontroller. When the chip is installed into the printer its initialization happens. The chip automatically selects the necessary region and registers in its memory. The only disadvantages is that the chip can be installed and configured only once and it won’t work with each new printer. But even with such a small limitation, the chips are quite interesting and profitable development. The cost of chips with universal region is rather symbolic – only $2.

Now matter how we blame the Chinese, but they really quickly react to new market conditions inventing dodgy solutions.